By Demonland,
May 28 in Melbourne Demons 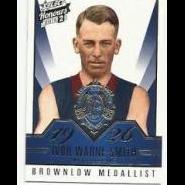 I just love my footy club.  Finally, I can say it with pride and real belief.  Dad, I hope we can do it for you.  If we do, I'll make sure the fridge is stocked with Abbotsford lager.  By the way, can