By Jibroni
August 15 in Melbourne Demons

Essendon’s board have all the emotional resilience of a Demonland Gameday thread.

Essendon = 78,579 members in 2022 which has them as having the 5th largest Membership and they have been failing for many, many years.  I would suspect that the signing of Clarko would immediately add 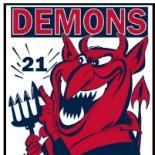 Now could be a good time to produce some Paperwork from 2012 Essendrug, clear the decks….. Still the same cheating organization in my view… wallow in mediocrity you bastards