By Demonland,
August 5 in Melbourne Demons 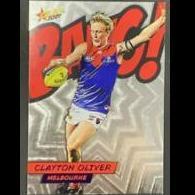 Furious, absolutely furious with that loss. We have too much class to be kicking and handballing like that.  Atrocious games from Kozzie, ANB, Spargo, Hibberd, and Jackson. Kozzie in particular f

That one stung.  Pies made the most of their chances. Felt like a final and we came up short.  Few players looking tired and sore.  We don't quite have the spark we had last year but we'll b