Eddie Betts opens up on the weird camp 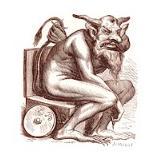 Standing in a circle yelling obscenities at each other not having washed for days. I've sat in the Collingwood cheer squad before, they've been using this technique for decades.

I wouldn’t disagree and I know Sam quite well. What disappoints me is that I know there are people that would read all that and be like ‘so what, mate. Suck it up, it’s not like they hit you.’

Making Don Pyke lose his mind and walk around silently eyeballing players is one of the great, underrated MFC highlights.