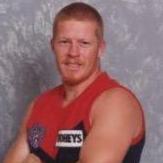 Here is Team Ivan's top 50 with some thoughs on the top 10.  i'll hopefully do a mock draft once the order crystallises with more info on the top 50 and other prospects.   Elijah Tsatas -

This is going to be a year in which I’ll be fully invested in the draft. It’s the age group of my oldest grandson who was a teammate of leading draft prospect Harry Sheezel - they played over 100 game