Above everything else, that was an incredibly physical match, up there with any men's game I've ever seen. Womens' footy between two good sides is now at the point that it is legitimately exciting in 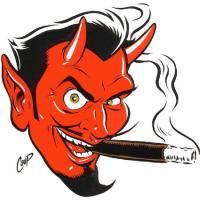 Just got home from the game.  Wonderful fight back by the girls after a horror start; by halftime we had the game looking like a ‘Melbourne game’ and went on from there.  Went total fan boi post g

Reminds me of Hibberd at his best, but every week.   The Irish connection and willingness to take the game on is what they have in common, and as players they are very different but I really