By DeeZone,
November 12 in Melbourne Demons

Yes, Aus Post sent me an email saying one of the packages has been delivered today and been left in a safe place. It’s so safe I’ve been looking for the package outside since midday. They sent me a pi

That’s just the pic, it’s actually a true red colour. For mine, the blue is too dark. I don’t relish the thought of another season of wanting to punch ppl in the throat for yelling out, ‘Go Bombers!’ 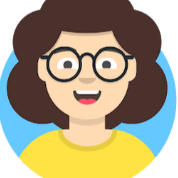 Just spoke to the club.  They told me my pack will be sent in the next two weeks. I expressed how upsetting it is that: - despite the fact I renewed in late September, I was not in the first batc