What They Are Saying at Moorabool Street

A mixed bag from bigfooty: Expecting to win this. Go cats. This is the game.  Without Stewart, potentially without Stanley.  I’m for once, not confident at all. Can't show our fu

Barring the GF victory, This was the happiest moment of my supporting life. Unexpected, unbelievable, after the siren, Geelong at Geelong and for top spot!  Will never forget this...and I imagine neit 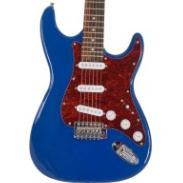