A TALE OF TWO GAMES

Can someone please, please, please tell Jamar NOT to handball to someone three inches away from him whose got an opponent breathing down their neck? 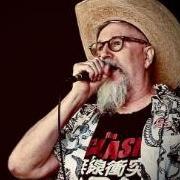 Unfair!! He threw himself right into it today.

Some of you are reacting as if the opinion "we are not a very good team" is news to you... We were good in areas today (in the clinches, one-on-ones) and poor in others (spread from a stoppage, keepi