By adonski
August 11 in Melbourne Demons 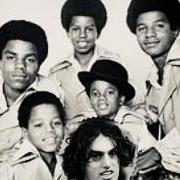 Hunt is AFL standard. He played 40 games over past 2 seasons in a side that finished 1st and 2nd after the H&A.