Did Richmond have this challenge? 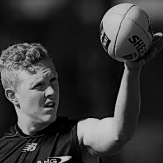 By DeezNuts,
August 8 in Melbourne Demons