By Deespicable,
January 19 in Melbourne Demons

Part 4: Dees top 100 of the past 50 years 21-40 In my second part of the series, I made the point that while we struggled to produce flags, we have been the home of quality ruckman. The following

Love the content @Deespicable. If I could be so bold as to put a request in. For the final top 20, could you have it counting down from 20 down to 1? 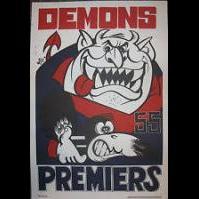