By Demonland,
October 24, 2021 in Melbourne Demons

As Anthony Hudson said in a PF, with the Swans and Cats I think it was, " I see it but I don't believe it". It is some of the most powerful, perfect, team football I have ever seen and in a GF to 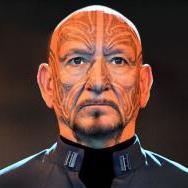 Excerpts from the Bulldog's game days thread on bigfooty. To relive the unfolding horror through their eyes one more time ...   Bont's goal: BONT!!! Captain!!! King Marcus

Misleading title from the AFL -  I was hoping to see more angles.