By Demonland,
July 17 in Melbourne Demons

Lucky to get anything out of that game. We won one quarter tonight. One. Against the 17th ranked side missing something like 10 best 22 players. We have a clear, blatant problem of failing t 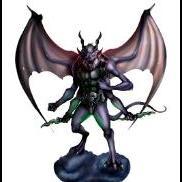 BOG Spargo, intelligent entries into the 50. Did not bomb it in.

How about Fritschs set shot with under five minutes to go. He chose to chip it to the top of the goal square for a ten man contest ffs. A point would have made all the difference. So dumb, so laz