By McQueen,
May 2 in Melbourne Demons

BREAKING: Sam Weideman will be testifying for the prosecution. 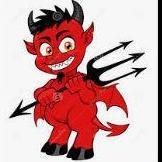 A few weeks back Ben Cunnington knocked Rory Laird out, he was taken from the field but returned, and played out the game. The MRO classified that as medium impact, Cunnington appealed to the tri