I'm still not convinced you are seperate posters. Having said that what you have both written is substantial and unusually for Demonland well thought out  It's gonna take me a few days to di

Thanks @dieter. I mentioned the ecological costs in my previous post. We need a just transition for fossil fuel workers and their families to ensure they don't immediately become unemployed, meaning o 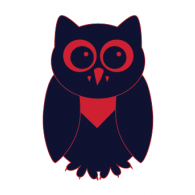 I'm married to a Wong, mate, and have Wongy kids, so shove that lazy thinking where it fits.