By Demonland,
April 7 in Melbourne Demons

Brett Lovett is easily in the top 10 in my opinion & whilst I liked watching G Lovett, Brett was a much more reliable & durable player. He also played in a much more demanding position (HB) on

That anyone would  leave Alan Johnson out of the top 20 List is beyond my comprehension. Ditto anyone who doesn't rate Brett Lovett. Now there were two very great players. 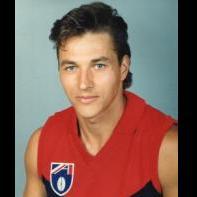 You have got to be joking!!! Did you even watch him play? Lovey oozed more class and had more awareness on the ground than anyone on this list. And state player for 4 consecutive years (88-91) says it