List changes who do we cut, trade or go after. 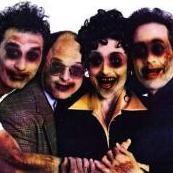 By samcantstandya,
August 23, 2019 in Melbourne Demons

Firstly we need to stop using numbers instead of letters to spell words and then can have an adult conversation.

My thoughts on the list and what they need to achieve over the pre-season.  1. May needs to get his body ready for the rigors of professional footy. 2. Jones needs to learn to hit targets go

FMD chook! If we followed that rule, we'd have about 3 players remaining!