By KC from Casey
September 8, 2018 in Melbourne Demons 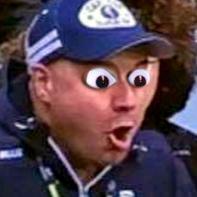 Great to see a solid contingent of senior players watching the match from the sidelines too.

Like the look of Harmes. A leader in the fashion stakes ... would look great in the wilds of West Virginny !! Lewis? in the traditional duffel coat a close second Gawn looks straight out of

Keilty is up and about this morning, got a great feeling about today