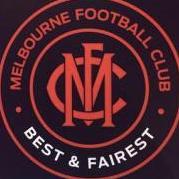 By Grapeviney,
September 21, 2016 in Melbourne Demons

Update: he can fly. Also note the hashtags that he used on the photo: #deesupayingattention #draftthiskidwhileyoustillcan...nothing about the Dockers.

There'd be a fair few of them around..