By DeeSpencer,
August 26, 2015 in Melbourne Demons

Wandered passed for a coffee and quick look for about an hour this morning. Boys hit the track at warmed up at about 10-10:15. Absent: Trengove, Lumumba, Vanders, Bail, Frost, Kent, Fitzpatrick, Ho

Thank goodness Hardtack, for your note of civility amidst the howl of put downs. It is astonishing to see posters piling on to sink the boot in. Doesn't it strike you guys as classic bullying behavio 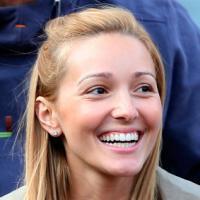