By Jordie_tackles,
October 31, 2011 in General Discussion 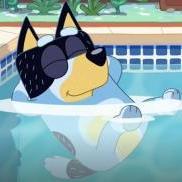 I agree. I don't want to talk about it though in case people haven't seen it yet. Very impressed with the whole series.

Stranger things was great, when I saw the Winona Ryder was it in I was a bit iffy but she was fantastic.  If you are a fan of sci-fi you will catch on pretty quick as to whats going on but have a stro

Half way through Godless the new Netflix "Western" mini series. Thought after the first few episodes that it might rival Deadwood but after episode 3 I don't think so. That being said well w